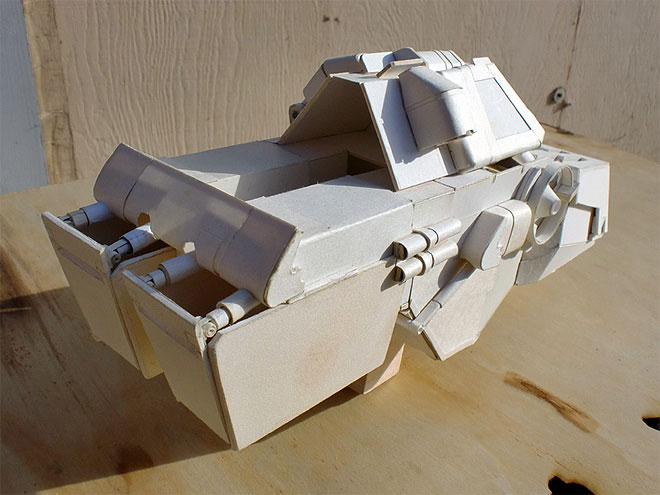 This is a model of a carrier designed to transport six Imperial Walkers to the surface of a planet, which appeared in one panel of a Star Wars comic book. I loved the design, but it was partly obscured by word bubbles.

I wanted to extrapolate the rest of the design, build a model of it and figure out how it would work, and whether it could actually fit through the hangar bay doors of a Star Destroyer, from which it was depicted launching.

This is not to scale with many of the other models in this gallery. 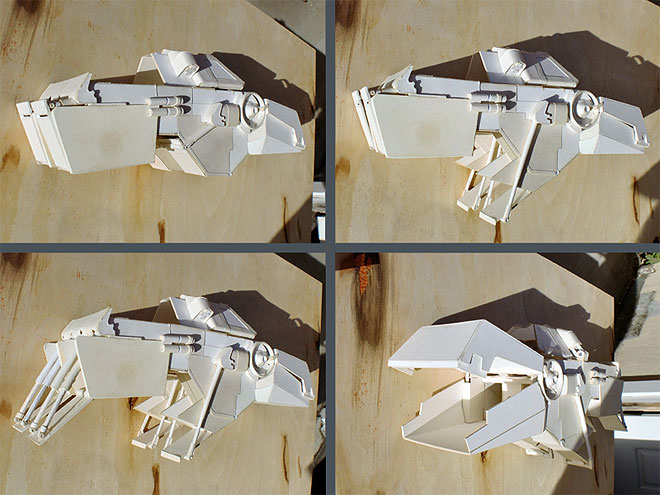 Found the model and dug it out of storage. The rear module has been added, as well as the top middle section. The forwardmost section, containing the cockpit, is still missing. 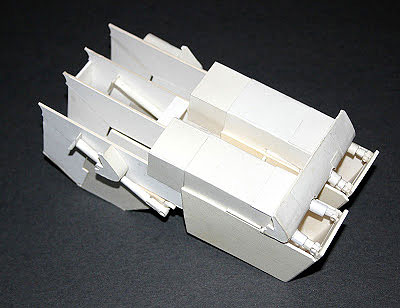 The first major progress on the carrier. After this I got busy with other models for a while and tabled this project until fairly recently.