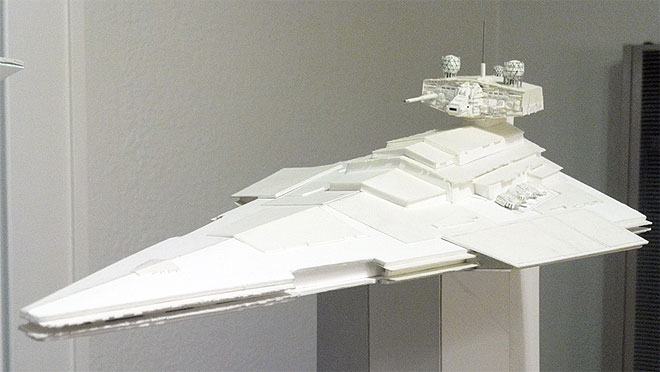 This Victory-Class Star Destroyer, from various "Star Wars" books and videogames, is a smaller cousin to the Imperial-Class Star Destoyer seen in the movies. I began this model in August of 2007.

This marked a milestone in my papercraft modeling, as I'd never before attempted this level of detail at so small a scale. I would go on to create many other models using this Star Destroyer as a reference for scale (see many of the other tiny ships in this gallery).

Unfortunately I've been distracted by various other projects over the years and I haven't yet gotten around to finishing it. I do plan to, so keep checking back!

What is also unfortunate is that most of this progress happened back in 2007 and just wasn't photographed until recently. The superstructure forward face is complete, as are both primary sensor globes, and a tiny rear sensor globe. The "winglets" on either side of the main hull are in place, and the port-side heavy turrets are complete. I'm quite pleased with these. They swivel. 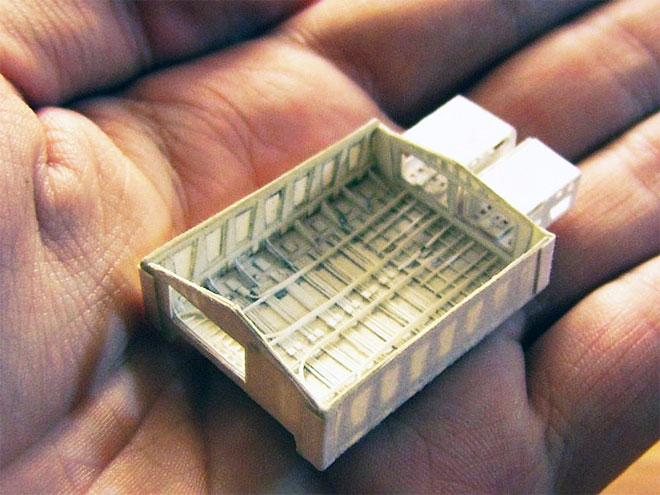 The main docking bay, sitting upside-down to be photographed. Everything here is paper. At lower left is the aperture that will open into the main hangar bay (see next photo), and at upper right are the smaller bays that connect to the secondary docking bay. 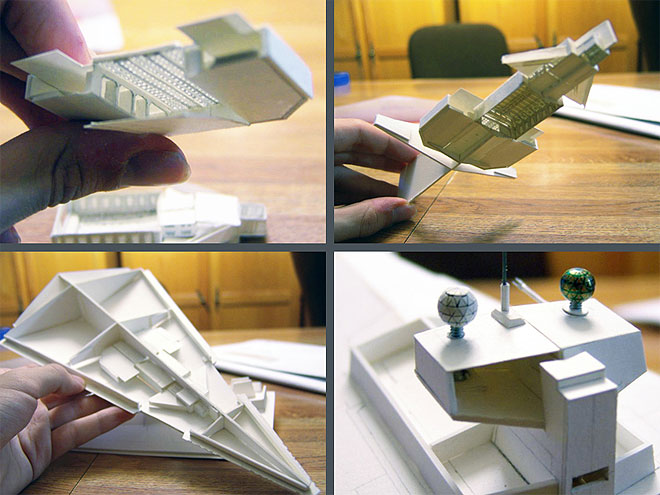 Upper Left: The main docking bay, with its hundreds of tiny ceiling lights, and smaller bays lining the walls.

Upper Right: The entire hangar bay complex assembly, with the main hangar bay in the center, the main docking bay below it, and above it the secondary docking and launch bays.

Lower Left: The assembly in place within the ventral hull.

Lower Right: The command tower. In this model I experimented with using some metal components, such as a wire for the main antenna (center) and the sensor globes (either side). At right is the bare sensor globe, made from a small round threaded copper "foot" and a screw sunk into the tower's superstructure. 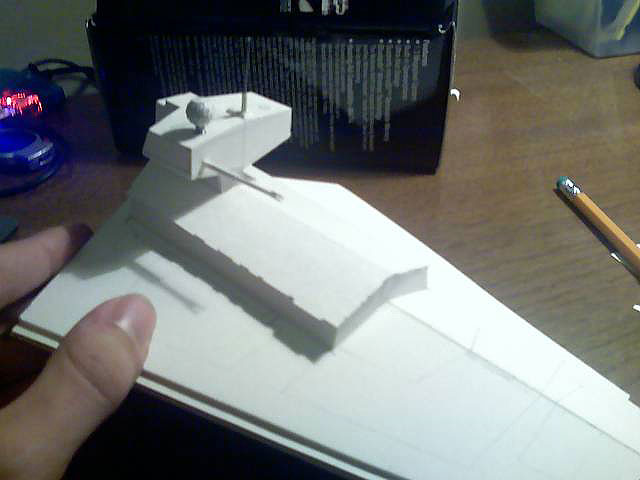 The main hull and superstructure's basic forms are complete.